Home / Articles / “We raised the IT function” – Interview with Björn Ekstedt, Interim CIO 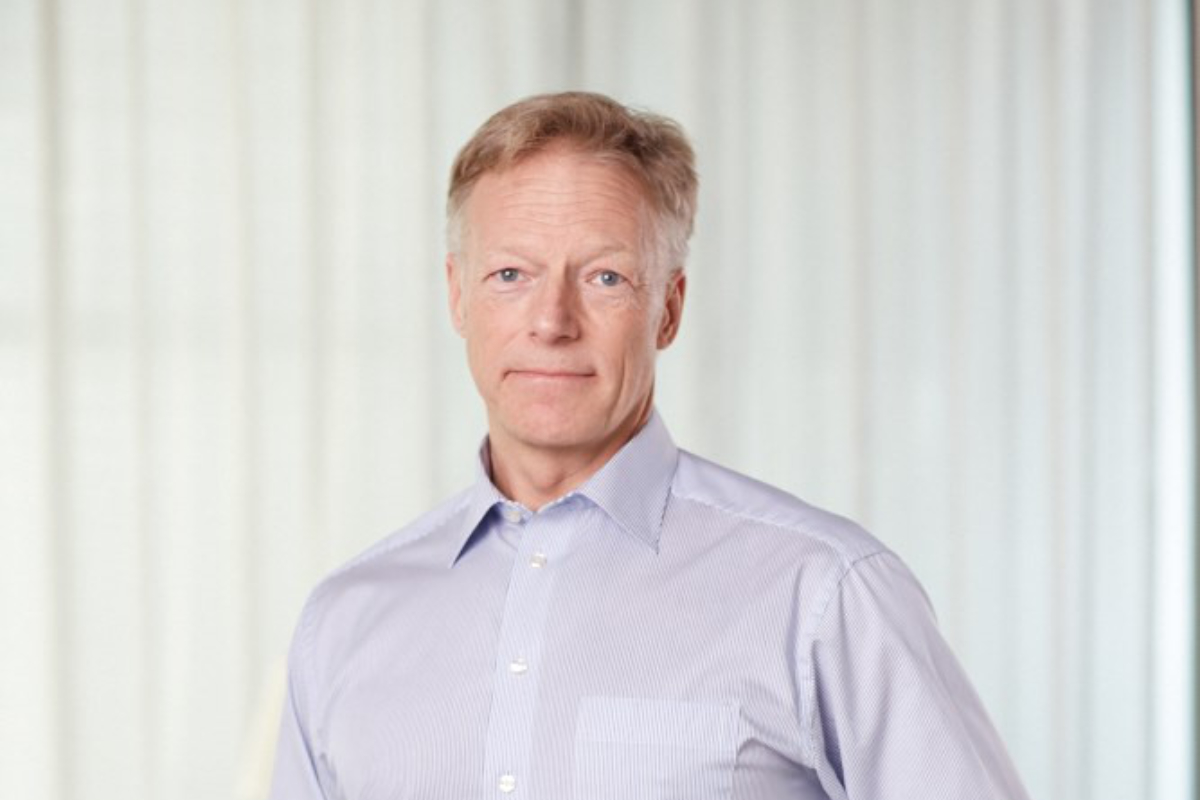 From the Swedish Air Force to the insurance industry – Björn Ekstedt has seen many different businesses and industries during his career. The common thread has been leading change.

“My employees had the IT skills, and I had the management experience. With a large portion of humility, sensitivity, and a close collaboration, we reached a really good result – we raised the architectural function to a higher level”
Björn Ekstedt CIO Folksam

Björn’s interest in technology led him to the Air Force in the role of an aeronautical engineer, and about 20 years later he ended his career in the Armed Forces as a Colonel and Chief Controller for the government. His various military educations provided a thorough knowledge in leadership that deepened as he pursued extensive organizational and cultural changes. Other challenges and new industries attracted, however, and through various IT manager roles at Vattenfall, Sandvik and PostNord, he took his first interim assignment as CIO at Folksam in February 2021.

We have talked to Björn about running large and complex improvement initiatives in IT operations.

Björn’s career did not begin within IT but in the Armed Forces as an aeronautical engineer where he, among other things, headed the aviation systems office for aircraft 37 Viggen. “The main task was to ensure that the necessary number of aircraft with the right technical status was always available throughout the country for all aviation divisions. A small but important part in the defence of Sweden.” Björn reflects.

After several management educations and an MBA from Warwick Business School, his work became more focused on government leading positions. As a somewhat unexpected result of an assignment to compile and report on a number of major investigations to improve the Armed Forces’ financial management and how these would be implemented, he was promoted to Chief Controller with responsibility for reviewing, analyzing and developing strategic management and leadership methods for the entire Armed Forces.

After about 20 years as an officer, he wanted new experiences in a business environment. When he got an offer from Vattenfall to become Head of Business & IT Architecture, he could not resist. Björn explains that “I was clear with the CIO that I probably did not have as deep IT knowledge as one should have, but he explained that it was the leadership qualities and the experience of driving change that were the most important factors.”

An interesting experience, however, was that he realized that what is required to ensure high availability and avoid incidents in the aviation business, has many similarities with what is required to achieve the same for IT. “It was a clear example of how experiences from a seemingly essentially different business can be successfully applied in a new context,” says Björn.

“When Vattenfall went from a geographical to an international divisional structure, we finally got to gather the entire IT operations in one organization. I was given the responsibility to organize and lead IT operations, again it was a new area for me, and again the lesson was that it was the leadership, cooperation and focus on the teams that enabled us to establish a successful IT delivery.”

The next step took him to a new industry as CIO for Sandvik, where he was responsible for the Group’s entire IT operations with extensive IT projects and over a thousand employees globally. It had just been decided to gather all IT in a global organization and that the entire IT infrastructure with local IT support would be outsourced to IBM.

Björn states that “It was a rather special and not so optimal challenge in leading two such comprehensive and completely different change initiatives at the same time. As they both ran in parallel and in many ways concerned the same teams, reflection and extensive discussions were required with all the teams from Japan and China in the east, via most countries in Europe, South Africa, and Zimbabwe, to Brazil, Argentina, and Chile in the west. I travelled a lot!”

Björn’s last position before his interim career began, was as CIO for Swedish/Danish PostNord. The company had stability and IT availability problems, with little trust in the IT organization. Here, just like at Sandvik, the ink had barely dried on new outsourcing agreements when he began his role. The entire, completely outsourced, IT environment would be moved to two new sourcing partners (Capgemeni and TCS).

“I had to roll up my sleeves directly!” Björn explains. “The incident and accessibility situations were bad and the problems so extensive that I personally had to lead the change work on a daily basis at both operational, tactical and strategic levels. At the same time, we were to carry out a comprehensive transition of the entire IT environment at a high pace, but the pace was also a success factor. As a leader, you simply have to be prepared to get your hands dirty and show you what to do.”

An important lesson according to Björn is that “complex matrix structures with many layers and unclear responsibilities do not only drive costs and make changes almost impossible but also lead to the entire company’s strategy implementation being locked up with no outcome as a result.” Almost all Group functions were immensely reduced, and the business development units were simply closed at the same time as the profitability responsibility for the country managers were made crystal clear. “Already after 6 months, we gained momentum, had a clear focus, the brand reputation got better, and profitability soon followed in the upward trend,” says Björn.

“There is no doubt that IT operations generally have great similarities, even though the companies and industries seem to be very different. These are the same basic principles for how the business is conducted, and the goals are largely the same even if applications and solutions are different. If you have worked with efficiency, digitization, and transformation for a long time and in different environments, you quickly see where there are obvious shortcomings and opportunities for improvement.”

After 5 very intense and at times tough years at PostNord, it was time to change tracks and reload. He was contacted by Nordic Interim for the role of interim CIO for Folksam. The role had recently become vacant, and a new CIO was quickly needed on-site to ensure that the IT operations continued to be managed professionally and with a clear mission to make IT a natural and integrated part of Folksam’s culture.

Björn’s 3 advice for integrating IT with the business:

What is the benefit of joining an organization as an Interim Manager?

“If you have done it before, you see the potential for improvement incredibly fast. I quickly saw things that could be improved and where we could take clear steps forward. A solid and broad experience helps to be able to separate the symptoms from the underlying problems. When you come in from the outside, you see the business with new eyes and can question things. With a long experience, you can therefore quickly achieve results, even if the context is new. I think there are great synergies when you go between industries and companies. Being an Interim Manager also means that you do not have to think so much about internal politics and how to position yourself – you can focus on the assignment and simply work.”

How did you lead your team remotely during the pandemic?

“Getting into a business without being able to meet your employees physically is tough. You need to look each other in the eyes and read the body language to understand each other correctly. What we did was to have frequent one2one meetings, IT management meetings every week and we also ran operational stand-ups every Thursday. But I hope this was the first, only and last time.

It was important to get IT and Folksam together, to understand the culture of the 600 people IT organization, to understand how the business viewed IT and their expectations and based on that find the right way forward. Listening, discussing, and getting employees involved are among the most important things a leader can do and it was a real challenge to do it from a distance. At first, it went awry but after a while, it got better and easier!”

What is the benefit of leading change as an Interim CIO?

“You can focus more on the assignment than on the relationships, but of course you cannot just walk all over the team. Some finesse is always needed. However, it is important to dare to challenge them early on and say that ‘now we do this’, but at the same time be pragmatic and let others speak, involve, and include. You must listen to the team and then set the plan together. The day you leave, the organization must be able and willing to continue the journey. The advantage of bringing in an external person to drive change is that you get a leader who dares to ‘rock the boat’ and who sees things in a new light. For the management, this is a golden opportunity to reposition a business that may be dragged down with problems or have not kept up with development.”

We use cookies to ensure that we give you the best experience on our website. If you continue to use this site, we will assume you agree. Learn more about our guidelines here. I approve